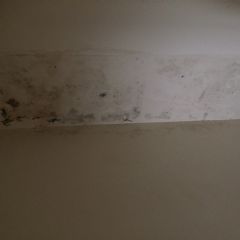 Mould inside property is generally caused by moisture issues.  More often than not, the moisture within the property is there as a result of condensation, although this can be encouraged by other forms of dampness such as penetrating and rising dampness.

The way to tackle mould is to first remove its source of moisture, a qualified surveyor, such as those employed by BAR Preservation can diagnose the moisture source to blame for the mould growth and suggest / quote for neccessary repairs and ventilation improvements.  Often the costs of the works required to stop the mould are less than the cost of the re-decoration needed after a mould problem!